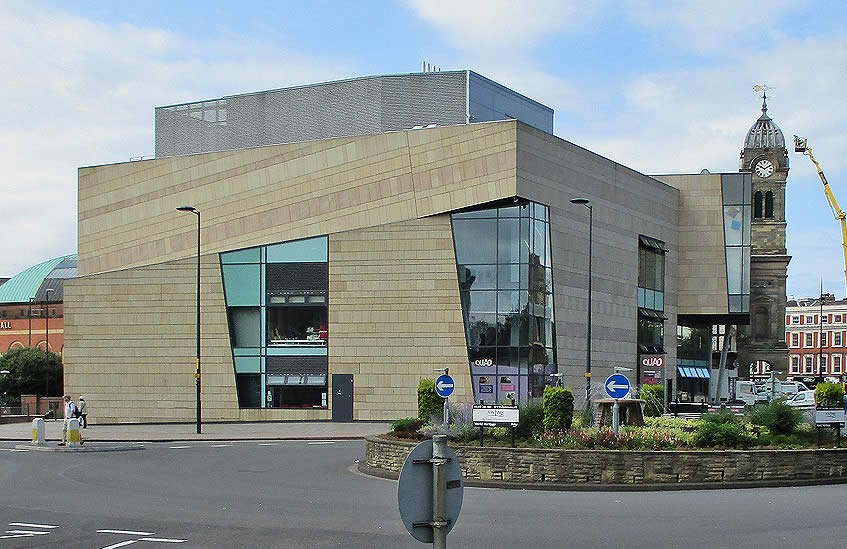 Junction Arts is a participatory arts organisation and charity based in Chesterfield, Derbyshire. We were invited by Junction Arts to build an app for them that would initially support their Time & Motion animation project, but could be extended for other projects in the future.

As part of D-LAB – a visual arts project bringing digital art to Derbyshire – Junction Arts delivered the Time & Motion animation project. This consisted of film workshops at Heritage High School in Clowne during which the pupils produced a series of short animations and recorded the process of making them. Llama Digital produced the app to present the pupils’ work.

The app has been included as part of the ‘Parts & Labour’ exhibition at Derby QUAD running from 28th November to 24th January 2016. This is a prestigious experimental animation exhibition that attracts international submissions.

We have installed iBeacons around Derby QUAD and around the Heritage High School. Users of the app can view content documenting the process of making the pupils’ animations, but the films themselves are unlocked by the user coming within range of the iBeacons. Each iBeacon is assigned to a particular film so the user has to explore the venue to discover all the animations.