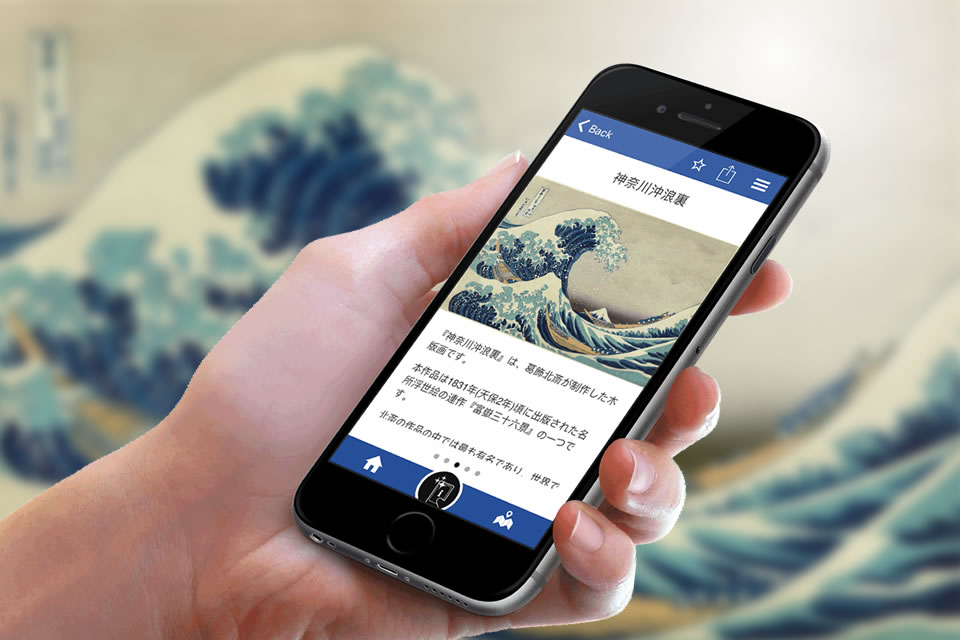 With Panasonic’s Light ID technology information is transmitted by modulating the light in LEDs. When the user points their camera at the light the app can use this information to determine which exhibit the camera is pointing at and then display relevant content about  it.

As well as the standard Situate features, this project demonstrated two key aspects of Situate: 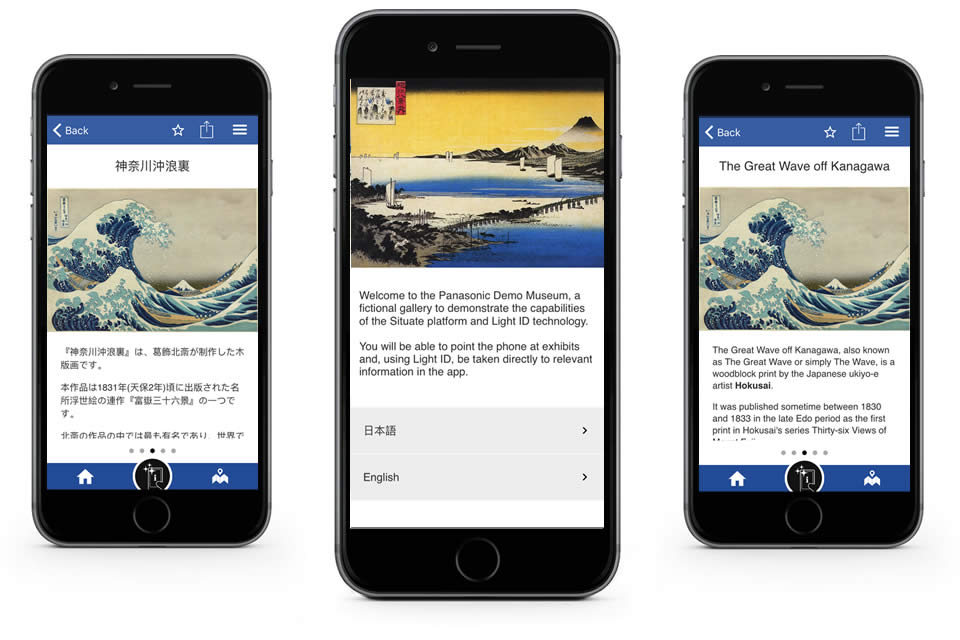 Light ID technology works differently to the other triggers we use in Situate. iBeacons and GPS are more passive and can automatically prompt the user with new content. Light ID on the other hand requires a more proactive interaction from the user.

Light ID could work alongside iBeacons and GPS. For example using iBeacons to detect when a user has entered a particular gallery, and then using Light ID to provide information on individual exhibits in the gallery. Light ID can differentiate between objects that are close together (even less than 0.5m).